While that's all fine and dandy.. 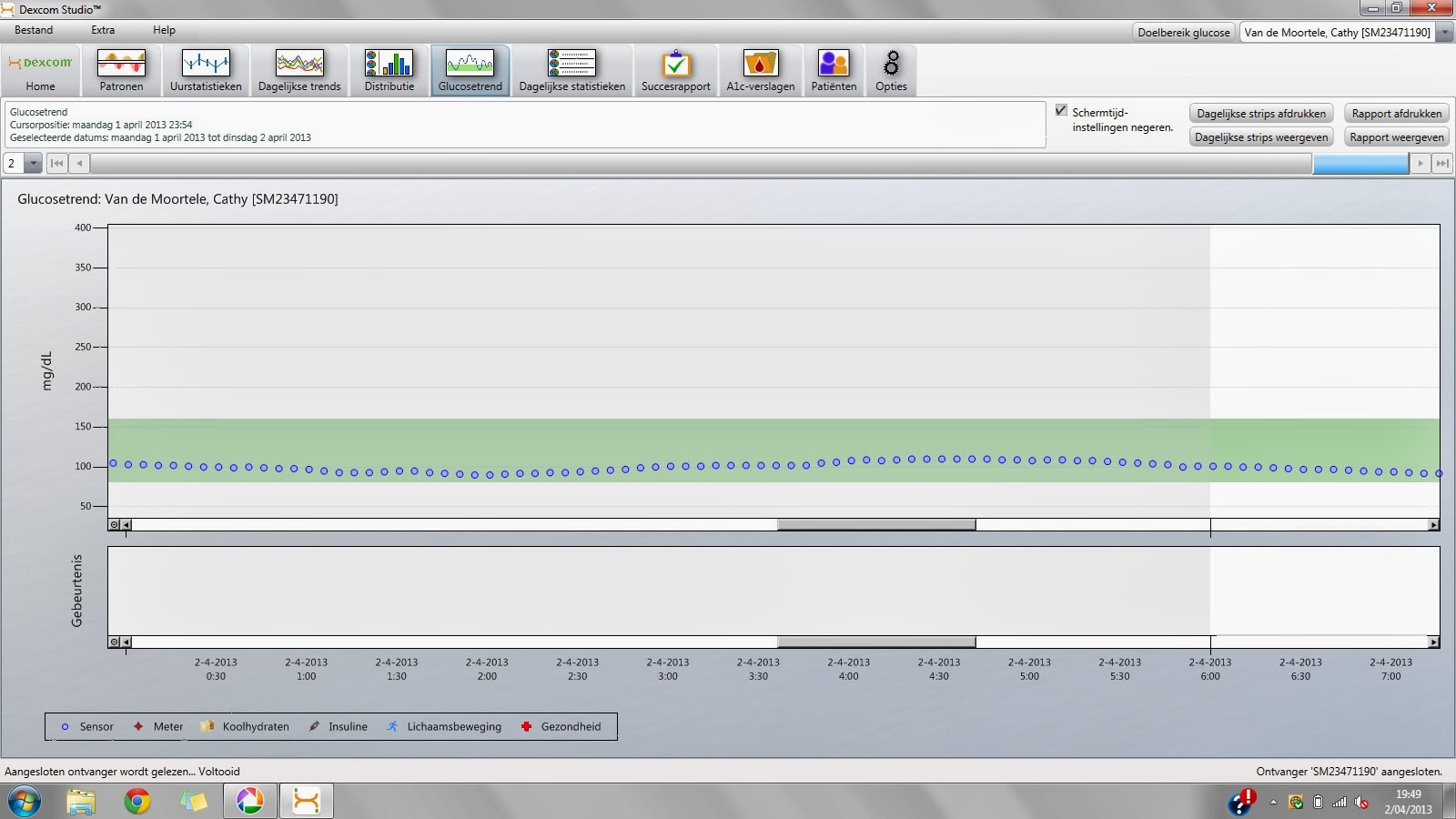 It's been a year now, since this very nice man asked me to pull up my shirt, so he could insert this thingamajig into my tummy. I had no idea what to expect or if this device would be meaningful enough to me to have it glued to my body 24/7. I never asked to get diabetes, I never asked to be given this stupid chronic disease. But it's there, it ain't going nowhere and I have to own it to make a difference. I have accepted my condition a long time ago. Although a cure is not yet found, we have access to great technology nowadays. I wish all of my peers could have this same availability to whatever they need to keep their diabetes in control. Life is hard enough as it is.. We can use all the support out there. You may not really know what it's like to have diabetes, but a little bit of compassion and sympathy goes a long way.

Last night, I got a phone call from a very nice lady. She's Dutch and very smart, witty and enthusiastic. I told her it was too bad she didn't have diabetes, because now she couldn't join our club... Of course I didn't mean that (I would not want to nominate anyone for this bloody disease), but that's the kind of conversation we had: very open, spontaneous and honest. Although this lady is not a diabetic herself, she sure knows what she's talking about. It always startles me that non-diabetics make it their goal in life to help diabetics in whatever they find worthwhile.

So this lady and I talked for a while (...) and the conversation felt like I had known her for a long time. Her enthusiasm struck me. I was startled to hear about her determination in finding a cure for T1 diabetes. She knows people. She knows more than a handful of people - people that matter when it comes to finding a cure. She's a manager working for JDRF Holland and she's the one when it comes to fundraising, getting in touch with people who want to make the difference. I was happy she called me and I would be very honored if I could mean something to JDRF and all of us diabetics out there.

Insulin pumps are wonderful and Dexcom is the invention of the century for people with diabetes. While that's all fine and dandy: it's not a cure. We may seem very relaxed and coping, we all still have diabetes. Technology has improved massively and researchers all over the world are doing the best they can to come up with that cure that will kick diabetes in the butt. We need money though... a whole lot of money. Researchers are so close, but they need extra funding to finish what they have started.

That same night, I got another call from Holland. I met this lady a couple of years ago, on a diabetes congress in Brussels. I remembered her as a lady with pezaz, a driving force and most of all: a mom of a sweet little girl with diabetes. That girl is 9 years old now and a cure has not been found yet. It is time to spread the word again and sit around the table for a serious session of brainstorming. Are you with me?

What makes you beautiful

Being a teenager can be challenging. Things are being expected. There's school, friends, home, maybe a job on the weekend, a boyfriend, chores, sports, .. sometimes there's so much going on, there's hardly any time for you. Time to relax, enjoy life, hang out on the couch and just be. Finding the right balance is a hard job. 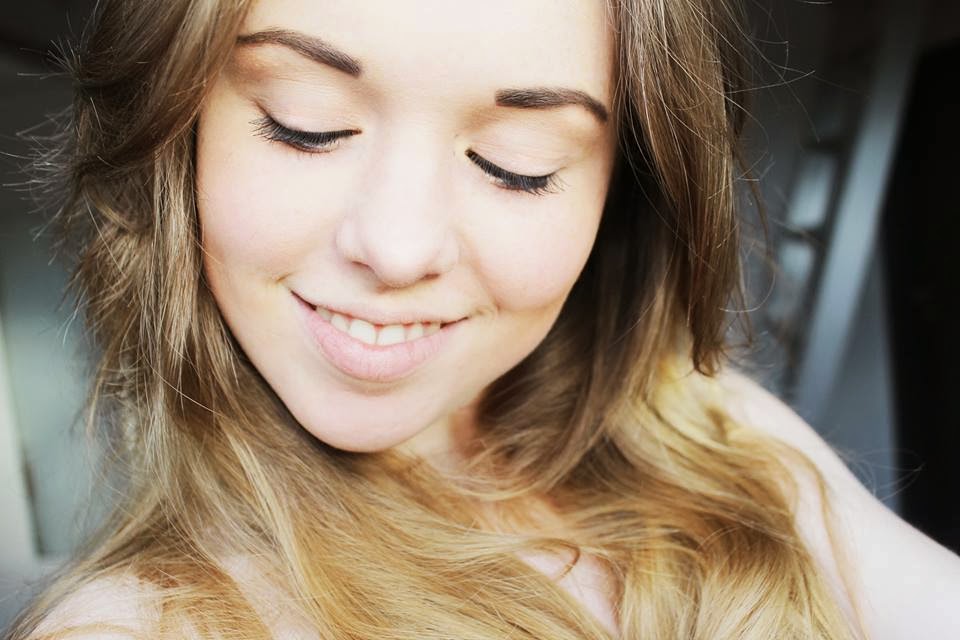 I'm proud of you. You are very conscious of what's going on around you. Your antlers are always buzzing, picking up emotions and situations. You have a heart for others and you are sensitive for the people you love.
You lack energy and you need a lot of sleep. After all, being a teen asks a lot from you. I'm so happy to see you have a nutritious breakfast before you go to school: oatmeal, fruit, green tea. It is a good way to regain your energy. You take good care of yourself.

Today, your sister decided to make breakfast for you. It is your birthday! We dressed the table and lit some candles, to welcome you downstairs. You were surprised and excited about the gifts. It's good to see you smile. You have a wonderful night planned with your boyfriend. He will spend the night with us and we'll have tapas together. Maybe a movie later on that night.

A bright future is awaiting you. Maybe this Spring, you will pick up running again. Or maybe swimming? It would do you good. It would provide your body with oxygen and energy. You're growing, kiddo. You're no longer that cute little baby you once were. Just look at you... need I say more?

your mommy xx <3
No comments:

Being in love for the very first time, is just the best feeling ever. You can feel your cheeks blush every time you think about him. You can't focus in school and it's like you are walking on roses. Your arms are too long and you're striding and skipping with a broad smile on your pretty face. People say you gloom and they see lights twinkling in your eyes. That's what love does to one.. It's a feeling you want to hold on to forever and "forever" is a word you use in most of your sentences now.

You get older. You have met different people and you start dreaming about a future. Maybe you want to meet more people and discover the world and enjoy your youth, before you commit to someone. You fall in and out of love and you just like to hang out with friends and have a date every night and then. Cuddles are welcome and you like the feeling of being loved. It's been a while since you've been truly in love. You meet this one guy and you know this is the person you want to grow old with. It may sound boring and very predictable, but it feels right to you. You no longer doubt if the love is mutual, because you can tell this guy is not only madly in love with you, you feel the same about him. He supports you in whatever you do and you are interested in his dreams. Both of you look forward to the other half to come home from work. There is candle light and romance, there are serious conversations and no harsh words during discussions. There are comforting arms to hold you whenever you feel sad and there's a thumb pointing upwards to cheer the victories in life. He brings you flowers when you least expect it and he opens the door to the restaurant for you. You bring him goodies while he watches the sports channel on TV and you enjoy his enthusiasm even though soccer doesn't interest you at all. There's so much looking forward to going abroad on a vacation and you do nothing but relax and enjoy each other..

It's been some time since you first met. You think about the past and those first years together. Memorable moments cross your mind, some with tears, some with a smile and a wink. The butterflies are no longer present all the time. Things have changed. Love has presented itself in a different way. You understand each other better as time goes by. You share a past together and you're looking forward to a future. The children start living their own life and there are more moments to spend as a couple. It's like starting all over again. At times, you feel the butterflies have come back. It's a special feeling. It's a blessing.
No comments:

Then there was nothing but silence..

They were sitting at the table, facing each other. The television was playing loud, showing a cycling event, and I could hear the comments of the reporters, making jokes and keeping a good eye on the cyclists at the same time.

They were quiet, having their prespread sandwiches. She got up from the table, shambled towards the bathroom, her bowl of soup in her hands. I sat on the bed and watched her manners. She would empty the bowl in the toilet, flush and come back to the table, to finish her early dinner. They sat there, in complete silence. He was looking at me, winking and I could see the corner of his mouth curl up. He continued to take little bites from his sandwich. I asked them what cold cuts they had been given. They had no idea. They forgot, I guess. They were not interested either. He said he preferred making his own sandwiches at a time that was more appropriate to be called dinner time. 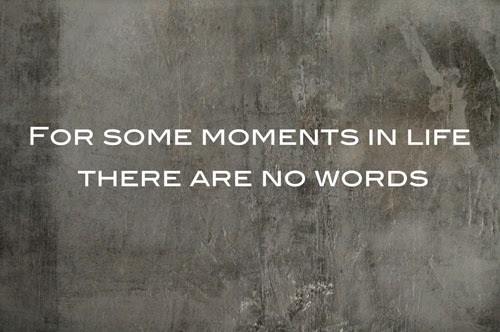 A friendly lady walked into the room. She was in a hurry, I could tell. "Are you finished," she asked, while she was clearing the table. Maybe the answer was not important to her, since she didn't await the answer. Dinner was over. Time to take that handkerchief and wipe their mouths. She shuffled back to the bathroom to flush the toilet again. I asked why she got rid of the soup. She said she hated soup. She did like buttermilk porridge though.. I urged her to talk to the head nurse, to see if she could have porridge instead of soup. She gave me that special look, that needed no further explanation. I dropped the subject..

He was still sitting at the table, picking up little crumbs that were left on his placemat. He gathered as many as he could, to pile them up in one corner. She sat down again, waiting for the evening to come. Pretty soon, one of the nurses would come in to help them get into their jammies. It was only 5:00 PM. There wasn't much to say. It was not an unpleasant silence though. They didn't need words to understand one another. They had been together for so many years, they knew what the other was thinking. They looked outside the window, to see nothing but a dull wall and a garbage bin. I kissed them on the cheeks. I rubbed their back and wiped away a tear that had been stinging in the corner of my eye. I left their room, thankful for the love they felt for each other. Thankful, that at least they were together. Things could've been worse. They could have spent their days in a room with a total stranger, in a totally different kind of silence. Their silence was comforting. It was not to be dreaded..

I still miss you.. I miss your wisdom, your strength, your ability to be without speech.
No comments:

These are some things I would like to do before I die..
Go to Australia
Grow 80 years old in good condition
Write a cookbook of my own
Have 3 best friends
Build a new house completely the way we want it to be, without hassle
Take my family to Africa
Discover India
Have a walk in closet
Get a bionic pancreas