Walk for a Cure

Today is my 12th Diaversary. It's not always been easy but I'm still here and there are no complications yet. I need your help though. Not just for me, but for everyone out there who has T1 Diabetes. Insulin is a treatment, not a solution. Some smart scientists are working day and night (well, they probably do sleep at times) to find a cure for T1 Diabetes. How could I just relax and sit back and wait for that cure to happen? Things don't work that way. It takes effort and fundraising and motivation. Most of all: it takes hope! If we have no hope there will ever be a cure, why would others hope for us? Don't give up, my friends. I know our doctors have told us there will be a cure in 10 years and some doctors promised that 30 years ago. We can't give up! That is just not an option. I know some of you are tired of fighting. Diabetes takes a lot of energy we don't have. We're not alone in this story. So many people out there who have family members, friends, co-workers, ... who share this condition.

We need your support big time!

We just have today, we are not promised tomorrow

I first met the two of you last August. I had no idea who to expect and I was surprised by the friendliness you and your father welcomed me into his home with. Immediately I was impressed by the bond between you both. He was your inspiration, your rock, your adviser and caretaker. You could talk on the same level, like adults are supposed to do, even in a father - daughter relationship. I admired you for that. You cared deeply for him and I could tell by the sparkle in his eyes, how much he loved you. Right there and then, I realized how deeply a father can love his daughter and wish nothing but the best for you. I could read from the look on his face, how proud he was of you. 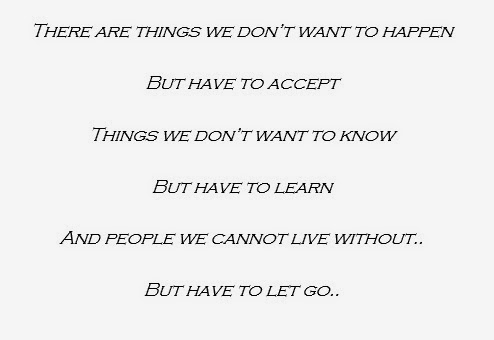 You told me he was very ill. He had had surgery and times had been rough. But he was doing better and both him and your mom spent several vacations abroad to enjoy each others company. You would take care of his dog in the meantime and keep an eye on their property. That's the kind of person you are: caring, loving, generous and loyal. The apple didn't fall far from the tree, I suppose.

Today I came to see you, completely out of the blue. We normally meet and talk about diabetes, since we share the same condition. There were no intentions for a meeting whatsoever, but your parents had brought me a tortilla pan from Spain. A pan I had been wanting for quite some time. You are so good at arranging things and surprising other people. We talked about your father and that he needed a check-up at the hospital, for he wasn't feeling too well. You always spoke of him in a soft voice and with love and compassion. He was your friend...

We said our goodbyes around 4:00 PM and I returned on my steps and said to you: don't worry about your dad, he'll be just fine. And you said: of course he will, he has to. I didn't expect your phone call later this evening. I'm so sorry for your loss, my friend. This must be so hard on you. Your father is at peace now. He has left a true legacy, a loving family and an amazing impression on so many people. Take care now. I'll talk to you soon xx
No comments:

These are some things I would like to do before I die..
Go to Australia
Grow 80 years old in good condition
Write a cookbook of my own
Have 3 best friends
Build a new house completely the way we want it to be, without hassle
Take my family to Africa
Discover India
Have a walk in closet
Get a bionic pancreas